pupils that played more than 20 times during the trial 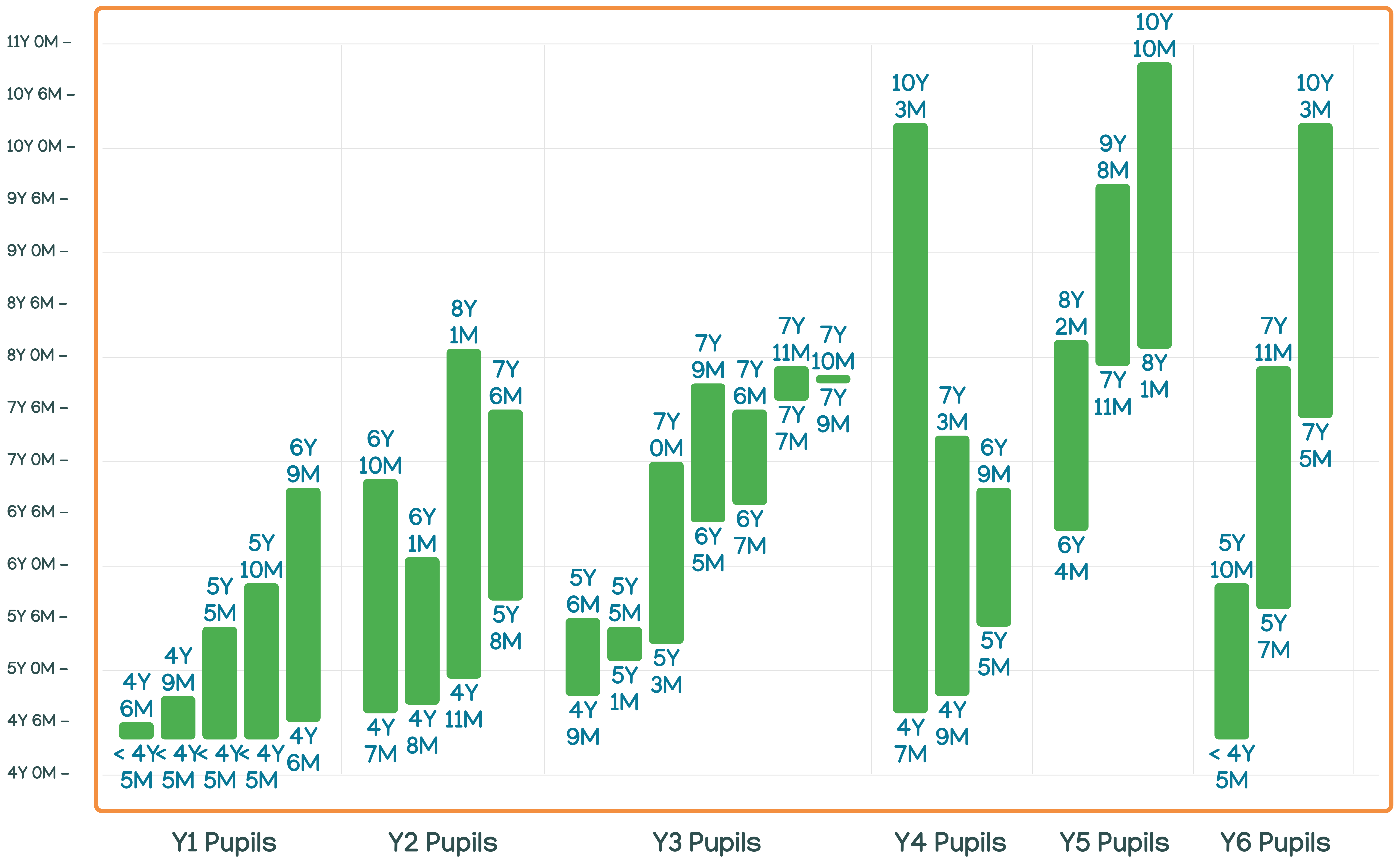 Reading Unlocked is an online intervention for pupils aged 4 years upwards who are struggling to learn to read or to read fluently. It focuses on teaching phonics, matching the sounds of spoken English with individual letters or groups of letters and phonological awareness, the ability to recognize and manipulate the spoken parts of sentences and words. The intervention uses simplified phonics prioritising teaching the most common method of pronouncing English letters rather than all the ways they can be pronounced. Auditory exercises strengthen connections within the brain used for reading. It requires minimal supervision by teaching staff.

In this evaluation, the intervention was intended to be delivered through 20-minute sessions every day over a period of 3 months with pupils from KS1-2. Pupils were identified by their SENCO as having a reading age of at least 12 months behind their chronological age.

IIt measured the impact of the study on reading age.

The study was funded by Literacy Gold as part of a study into the impact of Reading Unlocked.

After playing Reading Unlocked 15 times: 75% of pupils made progress, and 73% improved their reading age by more than 3 months. Feedback from teaching staff and pupils was positive. The pupils found the program easy to play. They needed minimal input from the teaching staff.

The analysis was carried out over a medium sized sample of pupils in KS1-KS2. There was no control group to compare the data. The trial asked for pupils to play every school day for 3 months.

All pupils had regular attendance, some pupils were in the early stages of English Acquisition. They were all significantly behind in reading despite the schools’ best efforts including catch up literacy interventions.

Improvement in Reading Age after Playing for 3 Months 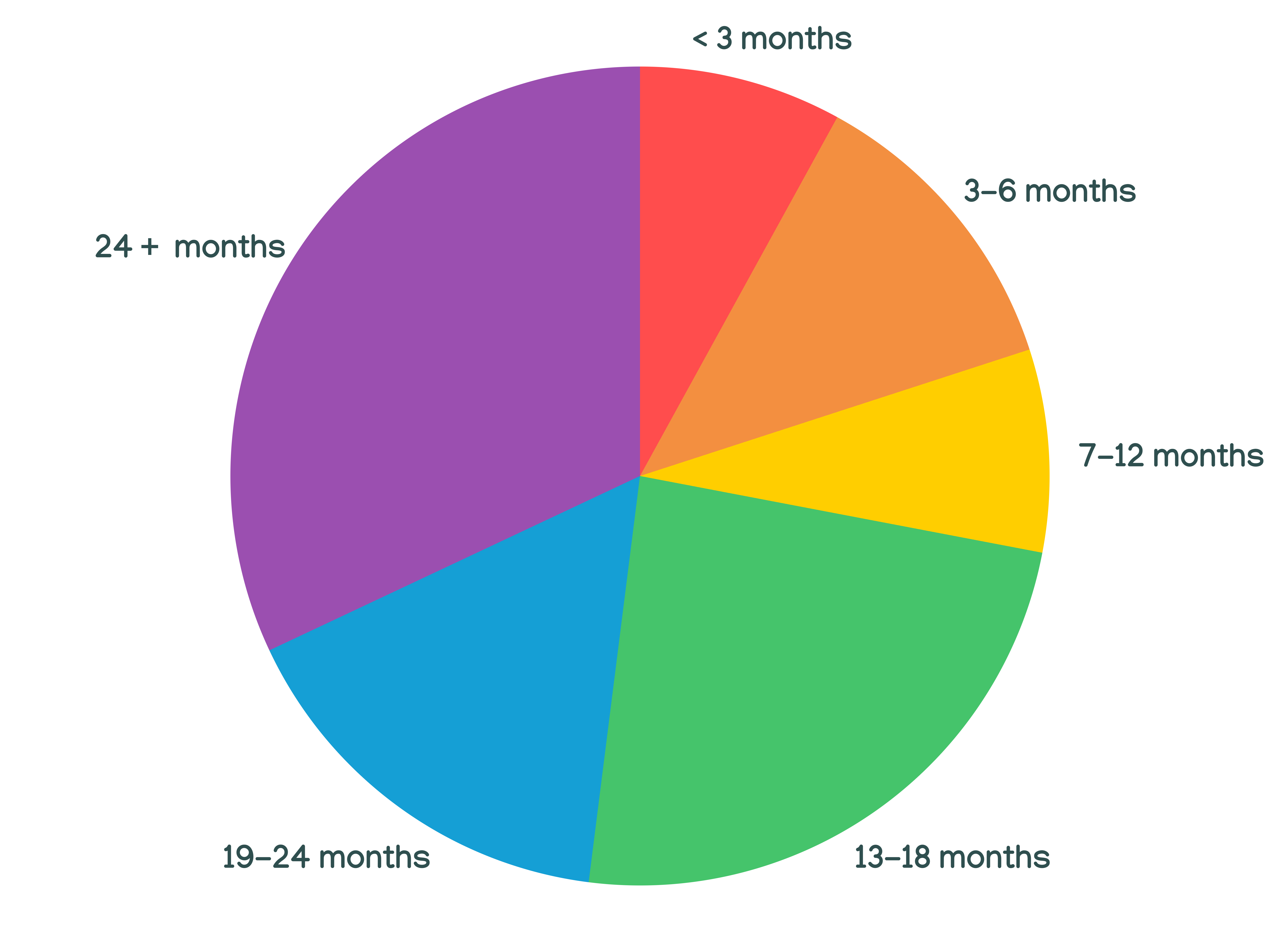 Reading Unlocked is an online intervention for pupils from the age of 4 upwards who are struggling to learn to read or read fluently. The intervention covers teaching phonics, phonological awareness and phoneme manipulation. Regular use of the program strengthens the neurological paths between the Parieto-temporal area of the brain to the Occipito-temporal.

The intervention lasts for 20 minutes. Each session focuses on teaching a new grapheme to phoneme correspondence. The program also contains 10 – 15 activities each day which cover phonological awareness, reading fluency, phoneme manipulation and phonics along with writing.

Concentrating on teaching the most common grapheme to phoneme combinations lets pupils rapidly build up a bank of words they can read, engaging them in the program and providing rapid results. Pupils are also asked to manipulate words and letters. These activities develop their phonological awareness. Plenty of repetition is included in the program; each phoneme to grapheme correspondence is repeated in at least 4 sessions.

AAdditionally, using paired reading of poems engages pupils and creates buy-in as they feel gain from learning to read.

The program is suitable for pupils aged 4 to 13.

The link between brain function and dyslexia was first discussed in 1896 by W Pringle Morgan, calling it word blindness. He noted that intelligence was not linked to the ability to read.

Over the years, significant research has been made into dyslexia looking at visual impairment (see our research under Engaging Eyes) and the ability to ‘hear and distinguish’ the letter sounds, phonological awareness and to be able to manipulate phonemes.

In 1994, Torgeson, Wagner and Rashotte carried out research looking at phonological processing and reading. Drawing on previous research, they defined phonological awareness as ‘one’s sensitivity to, or explicit awareness of, the phonological structure of the words in one’s language.’ The research went on to demonstrate the correlation between those pupils who were behind in phonological awareness in grade 1 stayed behind during the course of their schooling.

Research by Sally Shaywitz MD looked at what is actually happening in the brain while reading, using MRI scans to provide a visual picture. When beginning to read, pupils use the front part of their brain, Broca’s area. Used for speech and word analysis, they quickly move to the rear area, the Parieto-tempora. Heard words are de-coded, broken down using phonological awareness and phoneme manipulation. Over time, words are stored in the Occipito-tempora, a memory area allowing for words to be recalled quickly based on their shape.

Reading Unlocked works by practising and therefore strengthening these pathways. Using repetition and movement (drag and drop), the pathways are stimulated. Overtime, pupils are able to recall words rather than decode. It's at this point that comprehension improves, they move from concentrating on 'reading' towards understanding the meaning behind the words.

The primary research question was to identify the impact of Reading Unlocked intervention on the reading ability of individual pupils over a 3-month intervention period. Pupils selected for the intervention start receiving the intervention after the Christmas break. Their reading age was assessed at the start of the trial and at the end, along with their reading speed. Pupils' literacy skills were measured by performance on the New Salford Reading Test.

This was a multicentre trial within schools in England. The trial was designed to involve 18 schools (all KS1-KS2). The trial was introduced to the school by the SENCO who worked with teaching staff to explain how Reading Unlocked worked and to set up the pupils on the system.

Reading Unlocked is an online program for learners aged 4 plus who are struggling to read or to read fluently. The intervention requires very little teaching support.

Pupils are required to play Reading Unlocked most school days.

The outcome was reading ability, and this was measured using the New Salford Reading Test. This test was selected as it is a reliable test of literacy with a Form A and Form B.

The tests were administered and marked by the school and the data shared with Literacy Gold.

19 schools were chosen to participate in the trial with a total of 109 pupils registered to take part. At the end of the trial, all pupil data was recorded, irrelevant of the number of times they had played Reading Unlocked. Only 45 pupils from 18 schools recorded more than 15 times played and only their data is displayed or referred to in this study.

The aim of the analysis is to assess whether the intervention has had any significant impact on pupils' literacy, as measured by the post-intervention test scores.

The average reading gain was 14 months over 3 months.The range was between 0 months and 38 months.

Reading Unlocked is a low-cost intervention requiring minimal teaching support. Pupils enjoy the interactive aspect of the intervention and look forward to playing.

Progress through the various phonics and phonemes is linked to the number of times played and, as with all interventions, commitment is needed from the school to run the intervention on a daily basis to make the quickest progress.

It is also suitable for children with EAL and socio-economically disadvantaged pupils.